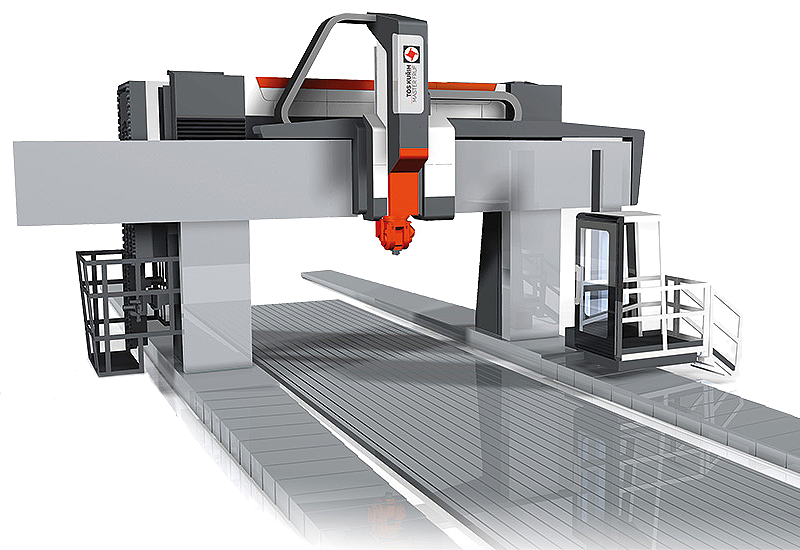 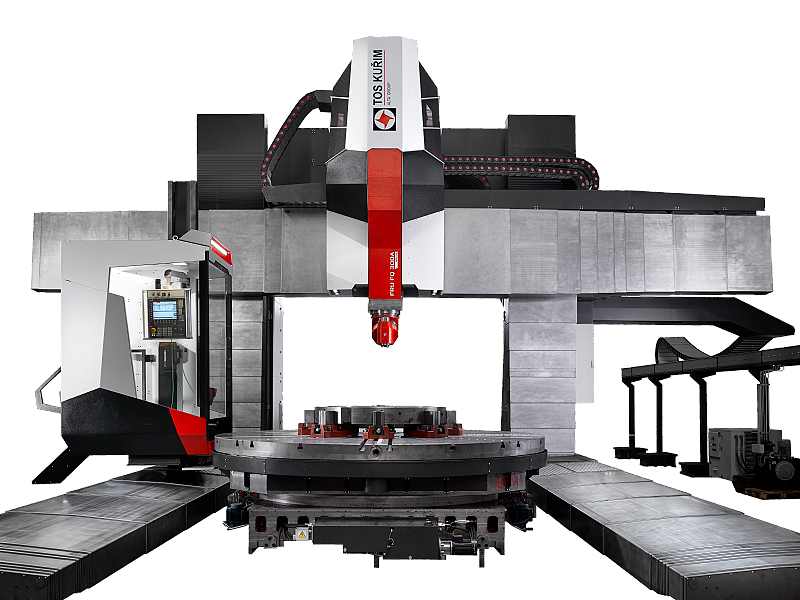 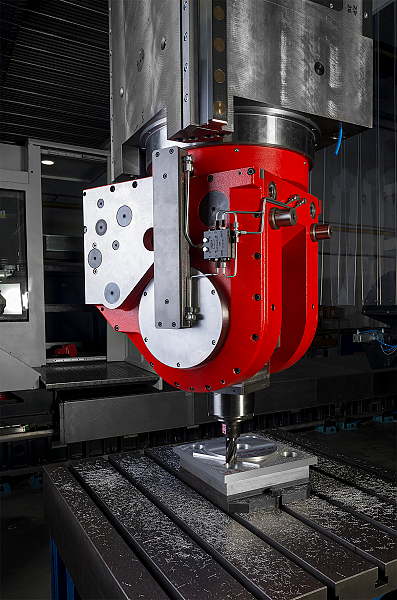 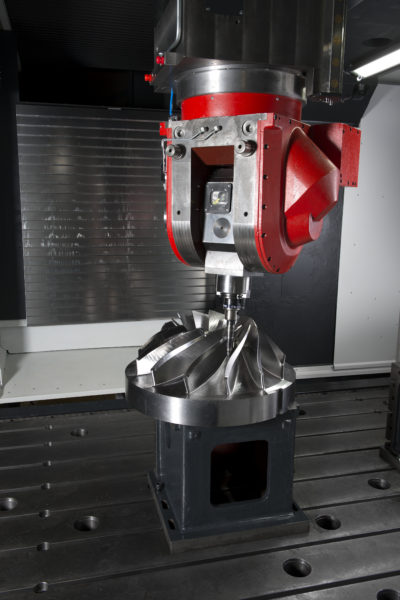 FRU – The machine consists of the fixed bed and the gantry moves on this bed in the longitudinal direction. The gantry is equipped with fixed cross rail. The cross slide moves along the horizontal guideways on the cross rail. The vertical headstock moves in the vertical guideways.
The machine has the headstock which is equipped with the mechanism for automatic clamping of exchangeable heads.
The work area is performed by rotary table.

In its basic configuration, the machine is determined to work in the working area with the parameters given by the set of the combination of ambient condition classes IE 33, according to ČSN EN 60721-3-3:1997, A2:1998; however, the air temperature must range from +15 °C to +35 °C and the air pressure must be more than 90 kPa.
To reach the working accuracy according to the geometric record, the following conditions must be kept during machine work:

The base of the longitudinal slide is made of grey cast iron. On the lower surface it is equipped with  bearing packs of the linear guideways. The upper part is adapted for the attachment of the column. The longitudinal telescopic protective guards are screwed on the faces. The feed box is screwed on the back slide face.

The feed box is attached to the back surface of the longitudinal slide. The box is made as a casting of grey cast iron, where two branches of gears can be found. The gear backlash is eliminated hydraulically. There is a servomotor attached to the box. The servomotor drives the input shafts through the belt drive. The pinion is mounted on the output shaft.

The servo drives of the feed boxes are controlled by the GANTRY system. 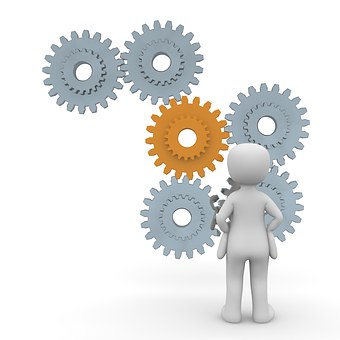 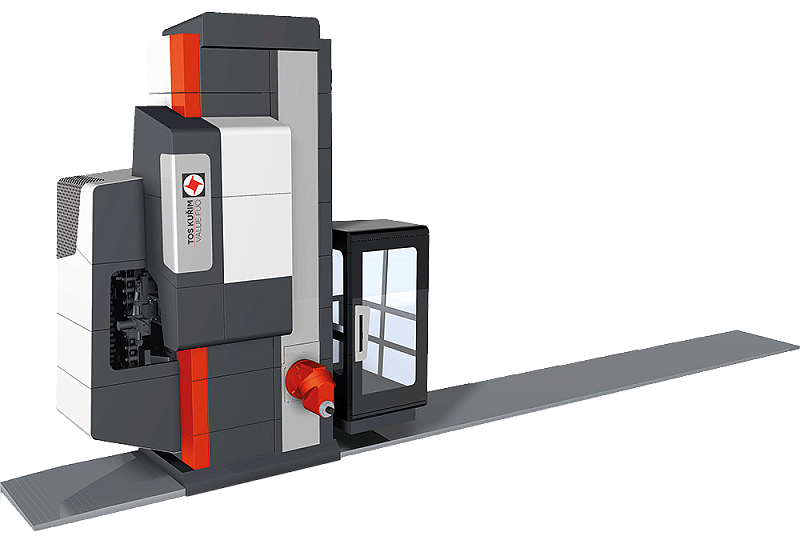 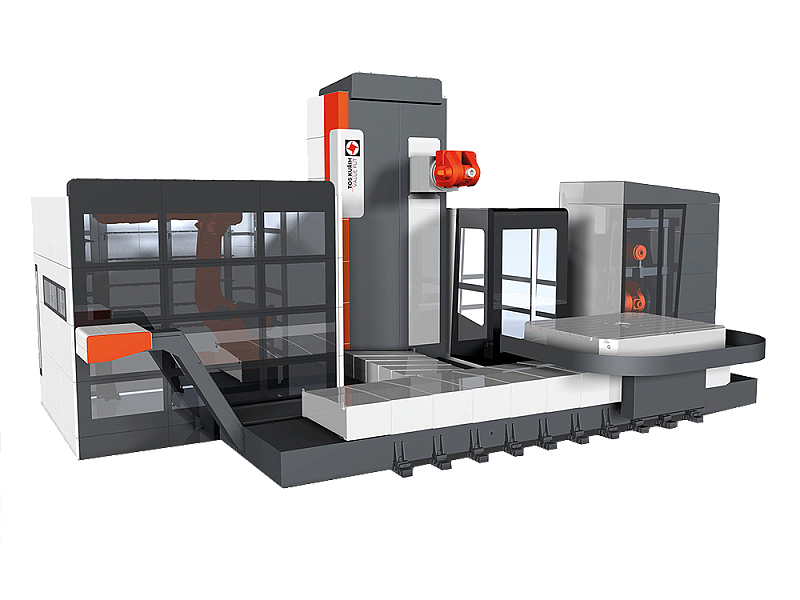 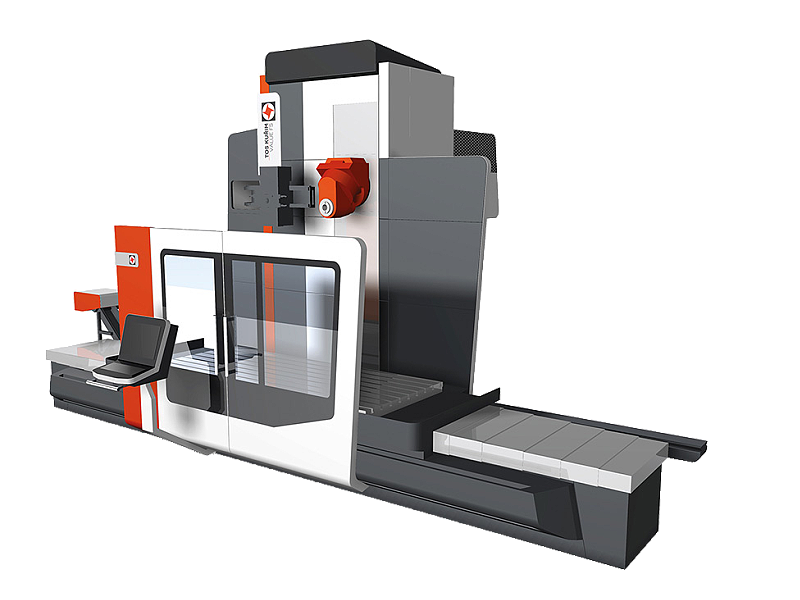 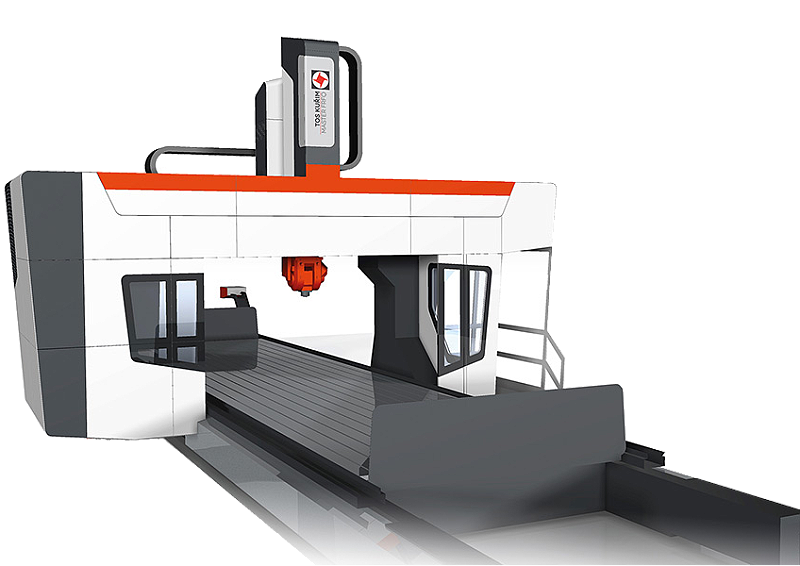 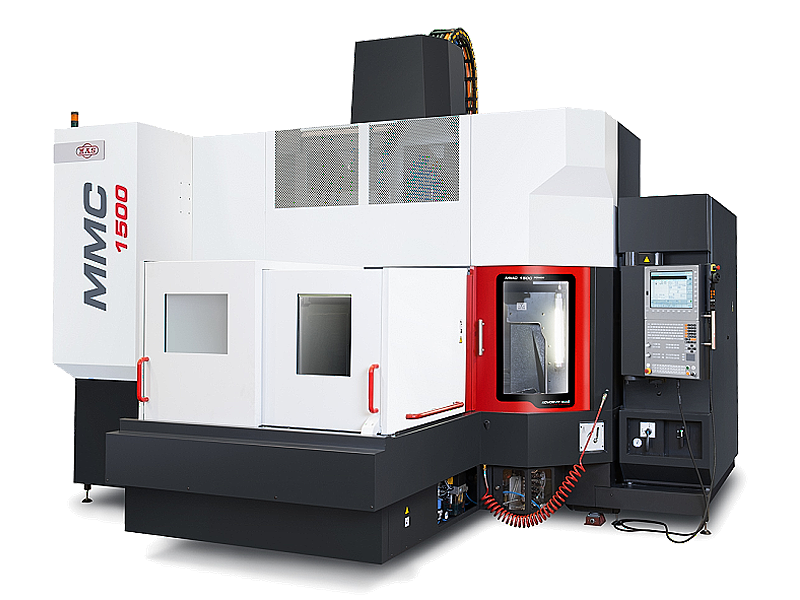 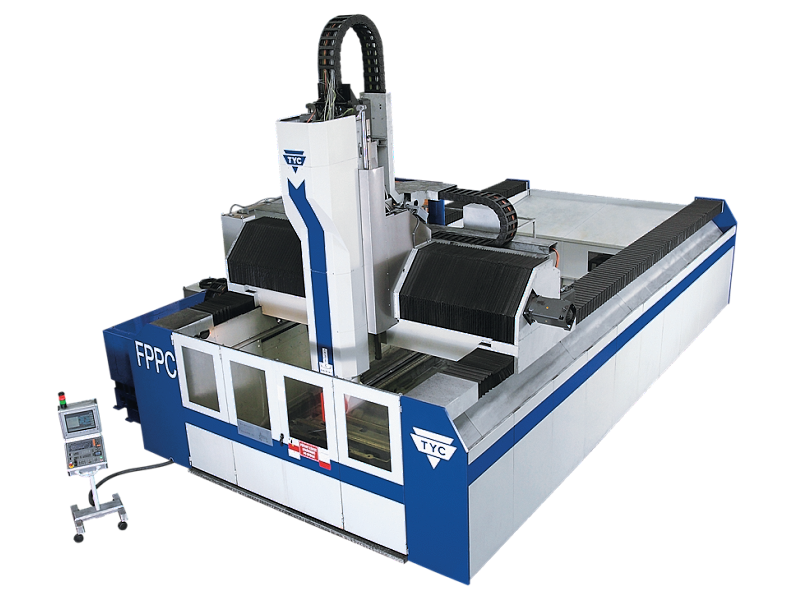