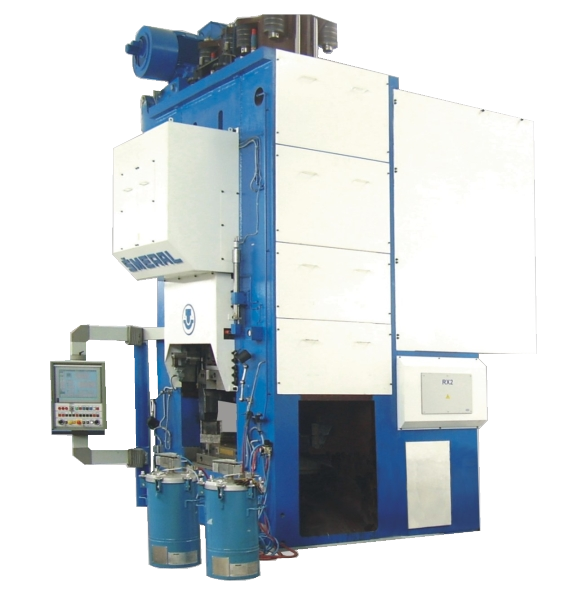 The vertical forging press LMZ press is designed with the well-tried cross arrangement of the eccentric shaft.
Request

The vertical forging press LMZ press is designed with the well-tried cross arrangement of the eccentric shaft. Radial plays in the eccentric shaft seating are eliminated by specially adapted bearings and their sprung seating in the frame, the play in the axial seating is eliminated by a friction ring. The press frame is a mono-block of cast steel. The torgue from the elmotor is transferred by V-belts on the countershaft and from it by a pinion to the gear. In this gear the disc clutch is built-in which, after discs clamping, transfers the torgue by the clutch hub on the eccentric shaft where the disc brake is assembled on the other end. The brake is cooled by water. The cluch is driven by pressure air. The ram moves in slide guidings. It is forced to motion by the eccentric shaft through the connecting rod. In the frame upper part the ram balancing device is assembled which eliminates plays of the crank mechanism. To the connecting rod the ram is coupled by the eccentric pin. The ram can be adjusted hydraulically by turning of this pin. The hydraulic device serves also for the press releasing from contingent jamming. Any spontaneous adjustment is prevented by a face toothing. Any required disconnection is carried out by the hydraulic cylinder. The hydraulic circuit has got its separate source of pressure liquid. The upper and lower ejectors (cross-section B-B) are pneumatic with three ejecting pins. The tandem arrangement of the  lower ejector cylinders is delivered as an item of optional accessories, with the standard execution only one cylinder is applied.

Against possible damage at a repeated overloading the press is protected by the force measuring device and the electronic protection which will stop the press at the moment when the press frame is lengthen over the preset limit. The vertical forging press is equipped with the blocking device which does not allow the press start in case the flywheel speed has dropped  seriously down or in case air pressure has fallen down for the clutch clamping. The press is also equipped with special thermal protection of its main bearings. If heated above preset limit, the electric system prevents further machine start and the defect is signalled on the machine control panel.

The vertical forging press LMZ is lubricated by two separate automatic systems.
The grease lubrication – waste type (for guidings and ram balancing).
The central oil lubrication – lubrication of other important points and mechanisms is of circulatory type. 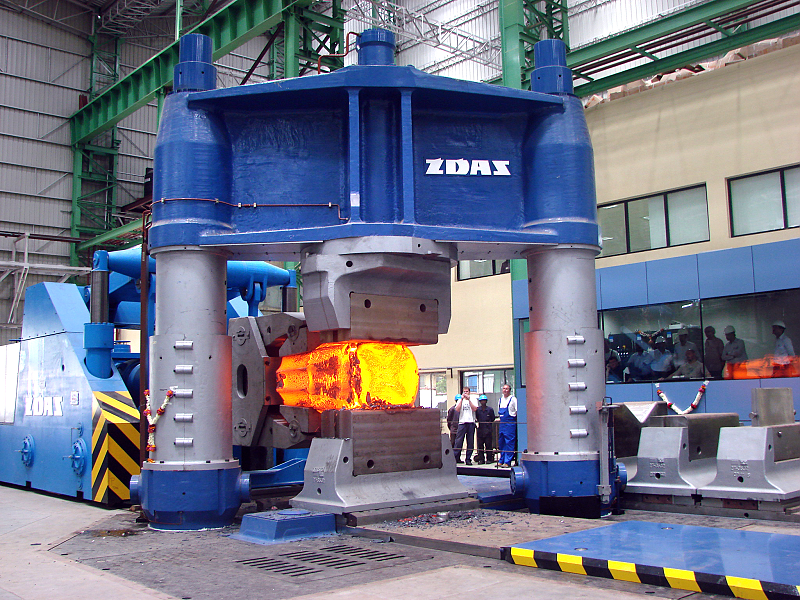 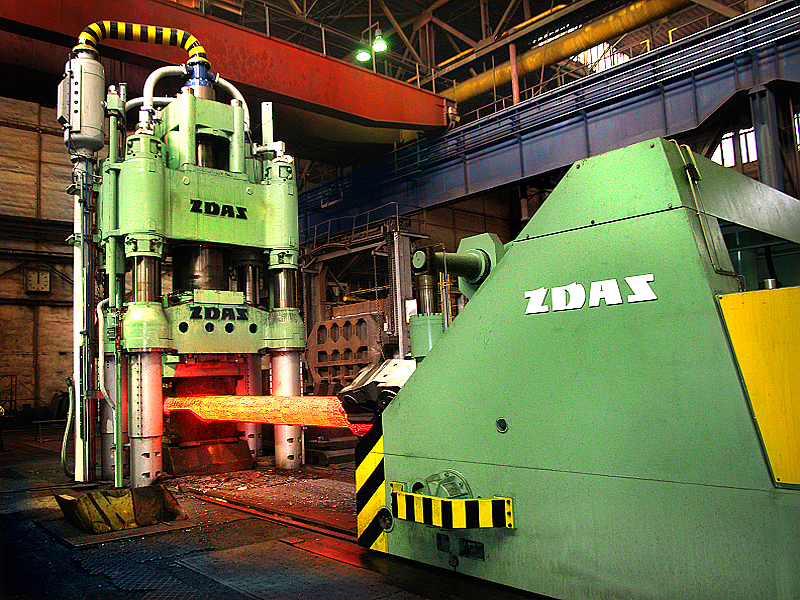 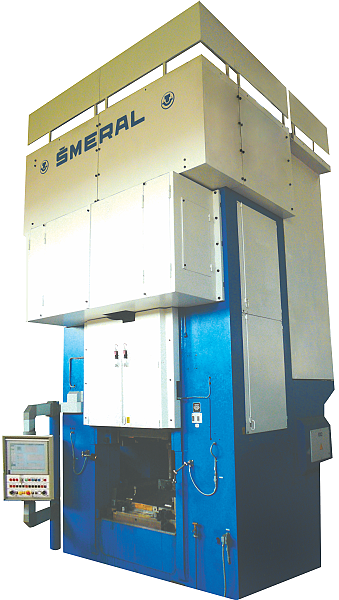 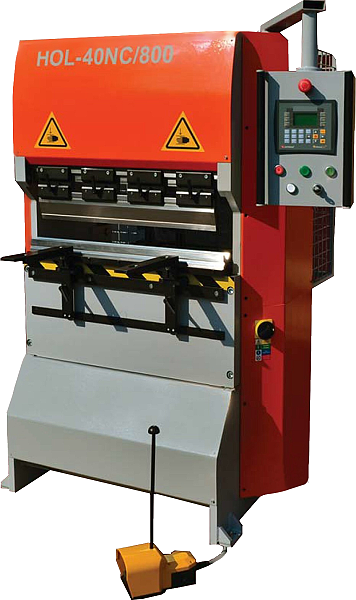 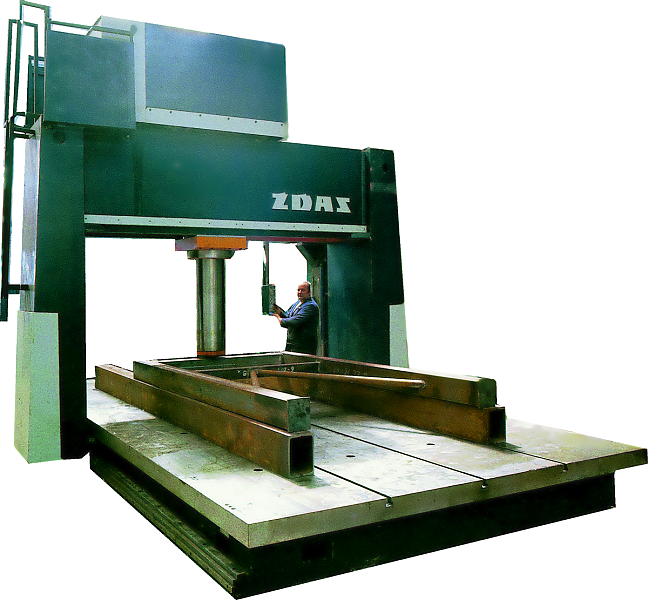 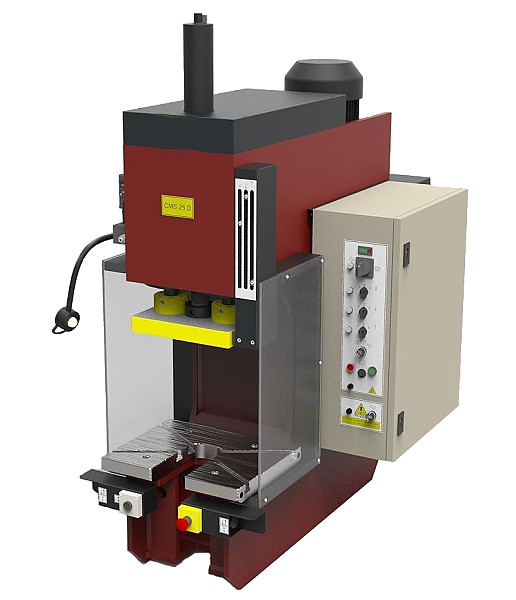 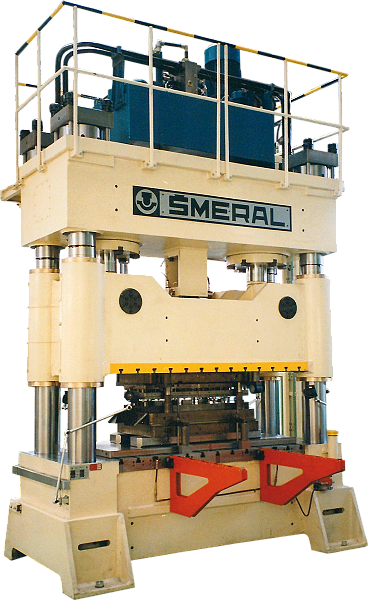 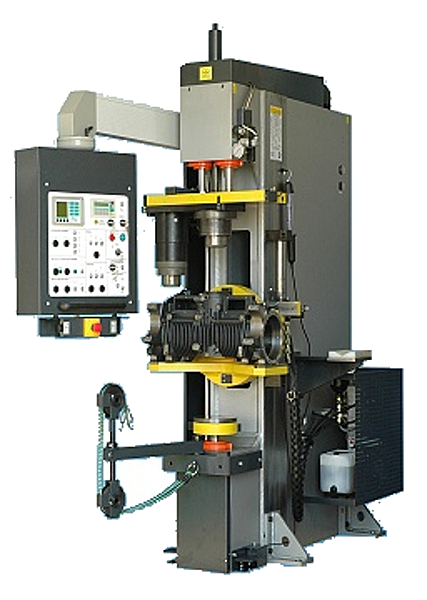 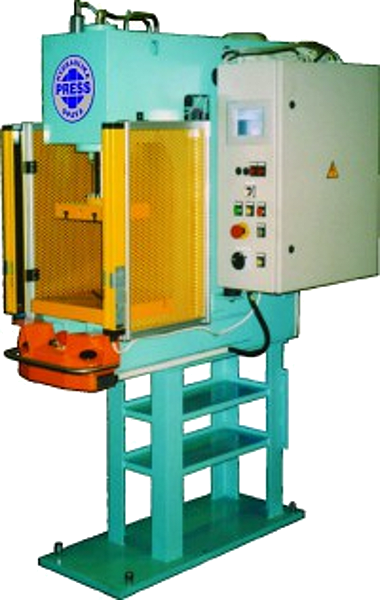